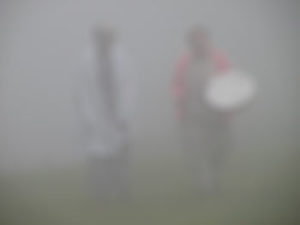 Shamanism is found throughout the world in most cultures, and is at least 30,000 years old – the oldest known form of healing. Shamanism is not a religion, but is rather the mystical underpinning of all the major world religions. Although the world “shaman” is a Siberian word for a spiritual healer, shamanism has also been practiced in parts of Asia, Europe, Africa, Australia, Greenland, and native North and South America throughout history. That it has endured and prospered through the millennia speaks to its effectiveness.

Shamanism is an ancient spiritual methodology of direct revelation for connecting to spiritual guidance in our lives.  One of its most important techniques is that of the shamanic journey.  In this journey, one is transported, through a change in consciousness, from ordinary reality into non-ordinary reality – that reality in which everything is alive spiritually.  The shamanic journey allows one to part the veils between the seen and unseen worlds to access information and healing that can help awaken us and restore us to wholeness.

When working shamanically, one develops a relationship with particular spiritual allies, thus learning and remembering that we are more than our physical bodies and that we are connected through time and space in this physical dimension.

Shamanism teaches us that everything that exists is alive and has a spirit and that we are joined with the earth and all of life via our spiritual interconnectedness.  Just as quantum physics describes a field of energy that connects all of life, shamans also speak of a web of life that connects everything.  In modern culture, many of us feel a deep longing to experience our unity with this web of life and to heal our sense of isolation.  When we travel to non-ordinary reality in our shamanic journeys, we learn how to communicate with the spirit of plants, animals, ancestors, as well as the spirit of the elements of earth, air, water, and fire.  We can find spiritual allies who can work with us compassionately and powerfully to help reduce human suffering in the world and provide insight and meaning to the issues of our lives, enriching us immeasurably.1

The shamanic practitioner who offers healing to others sees three major causes of the spiritual dimension of an illness:  (1) The first is loss of power:  clues pointing to loss of spiritual power in physical health issues might be seen in chronic types of problems such as recurrent upper respiratory infections, chronic depression, chronic misfortune.  The role of the practitioner in treating this form of illness would be to journey to non-ordinary reality and ask the helping spirits to recover a lost Power Animal, and to bring it back to the client in ordinary reality.  (2) A second major cause of illness is spiritual intrusion:  clues pointing to an intrusion might show up as a more localized health problem such as ulcer, localized pain or localized disease.  To address this problem, the practitioner’s role would be to remove the spiritual intrusion from the client’s body and neutralize it.  It is noteworthy that the shamanic practitioner does not see the intrusion as evil, but rather as misplaced energy which has entered through a vulnerability or an opening in the client’s spiritual energy field.  One source of this vulnerability is felt to originate from negative thought forms generated by the client, especially when the emotions attached to it are blocked from expression such as on-going fear, resentment and rage.  (3) A third major cause of illness is soul loss:  here ‘soul’ is considered to be one’s essence, life force, or vitality.  When a person suffers an emotional or physical trauma, a part of their soul may disconnect or split off in order to survive the pain.  This part goes into non-ordinary reality and sometimes returns on its own; more often it does not.  Symptoms of soul loss might include dissociative disorders, addictions, post-traumatic stress disorder, and unresolved grief.  Clients often describe this circumstance by saying, “I’ve never been the same since . . .”  The practitioner would then journey to find help from the spirits in locating the missing soul part and in bringing it back to the client.2

In gathering information for self or others, the shamanic worker constantly looks for signs of the sacred domain at work in daily life.  (1) One form of divination is synchronicities, the phenomenon of meaningful coincidences.  For instance, I have come to assume that everything that happens to me may have an important message, even things I see as getting in the way of achieving a goal.  (2) A second form of divination is reading patterns such as looking at patterns on rocks, or walking through nature ‘seeing’ what you notice while holding an important question in mind, or using oracle tools such as the I Ching – these are all associative ways to open to deeper information.  (3) Perhaps the most familiar to all of us is monitoring our dreams for important messages: in many cultures the dream state is considered an active part of one’s life.  People can learn to distinguish between garden variety dreams and Dreams -- the latter being visitations from spirit as the dreamer engages in dream consciousness.  Dreams can bring information, precognition, and herald illness or healing before it manifests in the physical.

From a shamanic perspective, we are surrounded by compassionate spirits, available as allies to help change the events of suffering and illness present here in this physical reality.  The shamanic practitioner uses altered states of consciousness to intentionally make a connection to allow the power and compassion of the spirits to flow through him.