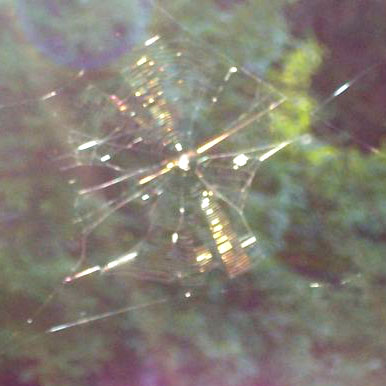 In an early morning dream, I am taking someone into a building to show them my office. When I open it, there is a large pool table and other recreational equipment filling the space. When I push it all out into the hall, I realize all my office stuff is missing. I go to the manager to report it, working myself up to be very angry and dramatic so she will take action to get my stuff back. I tell her, and she looks right at me and starts to laugh. It makes me laugh, too – and soon we are out on the front lawn, rolling around and laughing and laughing.

Prior to dreaming, I had been reading a book called “Finite and Infinite Games” by James Carse. In it he describes two kinds of games: a finite game played for the purpose of winning, and an infinite game played for the purpose of continuing the play. He further explains that to be playful is not to be trivial or frivolous, or to act as if nothing of consequence will happen. On the contrary, when we’re playful with each other we relate as free persons, and the relationship is open to surprise; everything that happens is of consequence. In fact, it is seriousness that closes itself to consequence, for seriousness is a dread of the unpredictable outcome of open possibility. To be serious is to press for a specified conclusion. To be playful is to allow for possibility whatever the cost to oneself.

This has given me great food for thought about what it means to be a full player in the game of my life. I’ve had a life filled with joy, sadness, consequences, freedoms. Yet I know I have spent a great deal of it in worry and fear of many things which are not in my control. A teacher of mine years ago had a powerful mandate: “Engage in the act of not-knowing.” I am coming to understand that that means staying loose, letting go of unnecessary need for control and certainty, recognizing that I am a part of something larger and greater and interconnected.

During several computer tutorials I took in a large store recently, I saw one of their trainers, an older man with a silver-haired ponytail, interacting with the customers. He was animated, engaged, working both relaxed and with a kind of flourish that was infectious. After several observations and several tutorials, I asked him to what he attributed his brand of magic with customers and (I assumed) in his life. He laughed and told me several things: one was an epiphany he had some years before as he was caught up in the pace of corporate sales and had a meltdown in an airport around a mis-booked flight, and realized the “grind” was in charge rather than he. Another was a blessing he got from his father every day before going to school: “Do your best – and have fun.” In his learning how to let go, he experienced a freedom and ease that has made his life work better.

In my psychotherapy work, I have many people come who are facing life-threatening illness. It is not a happy or frivolous time for them, but there are aspects of play at work as they begin to recognize that no one gets out of this life alive (!) and that they may have more choices than they realize (or than our society encourages us to have in personal, community, national or international circumstances). Carse says that finite players play within boundaries (what the doctor says will happen and must be done); infinite players play with boundaries. I remember one of my patients who wore her tiny black lace underwear in for her chemotherapy. Though no one but she knew about it, it gave her great satisfaction and freedom to remember and support those aspects of herself that were healthy and fine and strong. I also know a man with a very large aggressive bladder cancer who used some chemotherapy (which was only expected to slow it down) and a lot of alternative healing – and the cancer disappeared. His physicians, rather than cheering and encouraging, are insisting he have extensive removal of bladder and prostate “just in case a few of the cells got away.” Clearly this man was not playing the finite game in the way his physicians expected it to go. So he and his wife are now looking for physicians with a larger playing field.

In my regular meditations and connection to spirit, I am often told to dance and sing. This has not been my strong suit, but I have been working at it. Singing the sun up in the morning, dancing around the pond with my dog Maeve, crooning to a full moon, boogieing to dance music on a CD – all help me stay loose. I know now that the control I thought I had in my life is actually a loan of grace from the All-That-Is. So now there is less holding on for me, more noticing of the tiny miracles that each day brings, laughing in my dreams. The world is a complex and challenging game, and the adventure keeps unfolding!